Jack O'Connor was born in Arizona in 1902, a land that he described as "the last frontier." He taught English at the University of Arizona, and became its first journalism professor. His first love was the outdoors and writing about hunting, firearms, and the natural history of big game animals. As the longtime firearms editor for OUTDOOR LIFE magazine, O'Connor hunted and collected trophies throughout the world, and introduced millions of readers to hunting and firearms. O'Connor moved to Lewiston, Idaho in 1948 and he lived there until his death in 1978. 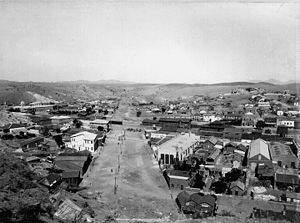 John Woolf O’Connor was born January 22, 1902, in Nogales, Arizona Territory. The timing of his birth allowed Jack to witness the end of the old West as well as the space age where men walked on the moon. Such mythical western figures as Buffalo Bill Cody, Annie Oakley, Wyatt Earp, Bat Masterson and Geronimo were still alive and kicking when Jack was in high school.

Jack’s parents divorced when Jack was five and his sister, Helen, was two years old. His mother, a teacher, moved her family to Tempe where they initially lived in a large tent on a city block owned by her father. She never remarried and eventually retired from what is now Arizona State University.

Jack's maternal grandfather, James Wiley Woolf, was a pioneer westerner of standing in the community as well as a sportsman who appreciated firearms and enjoyed shooting. Jack’s paternal uncle, Jim O’Connor, was a judge in nearby Florence who also owned a ranch in the nearby desert country. Both men served as surrogate father figures for young Jack, teaching him to shoot and encouraging his interest in firearms, hunting and adventure.

An avid reader, young Jack devoured the men’s books and magazines on the sporting life.

During World War I, Jack lied about his age and joined the Army at age 15, but was soon discharged when he was diagnosed with chronic tuberculosis. He returned to school, graduating in 1919, and spent the summer shooting deer to feed an uncle’s sawmill workers in Sinaloa, Mexico. He joined the Navy that fall, saw a lot of the world as a hospital corpsman on the USS Arkansas and was discharged the summer of 1921. 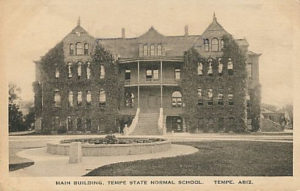 Jack attended Tempe Normal (now Arizona State University ) for two years, University of Arizona at Tucson one year, and graduated from University of Arkansas in June, 1925, with a degree in banking and finance. Following a brief stint as a cub reporter in Chicago , he enrolled in graduate school at University of Missouri where he met his future wife, Eleanor Bradford Barry, and obtained his masters degree in English/Journalism in 1927. That fall, he married Eleanor and accepted a teaching position at what is now Sul Ross University at Alpine, Texas.

While at Alpine, Jack taught Eleanor to shoot and hunt, explored southwest Texas and northern Chihuahua on various hunting trips, worked as an Associated Press stringer on the side , became a father and wrote a controversial novel (Conquest) which was published in 1930.

In 1931, he returned to Arizona as a public relations staff member at the State Teachers College at Flagstaff (now Northern Arizona University ). It was here that Jack wrote his first outdoor stories, published in Sports Afield and Field & Stream magazine, to augment his Depression era salary. His first article published in Outdoor Life (May, 1934) was a conservation piece entitled “Arizona ’s Antelope Problem,” written from his observations of the Anderson Mesa herd nearby.

In 1934, Jack began his tenure at The University of Arizona where he became the school’s first journalism professor establishing that department. By 1936, he was becoming well known as an outdoor writer on the subject of firearms, hunting and big game natural history. He also wrote fictional short stories for popular magazines such as Redbook and Saturday Evening Post. By the end of the year Jack had an exclusive contract with Outdoor Life, became its gun columnist in 1939 and assumed position of Arms and Ammunition Editor in 1941. In 1945, Jack resigned from the university and academia and began his full time career as an outdoor writer with Outdoor Life.

Jack O'Connor's reputation as a journalist and hunter often over-shadow his legacy of responsible hunting and conservation. In fact, his first appearance in Outdoor Life Magazine (May 1934) was a conservation piece entitled "Arizona's Antelope Problem." In 1972, he was selected by a national poll of more than 5,000 outdoor writers and conservationists for the prestigious Winchester-Western Outdoorsman of the Year Award. The award recognized O'Connor's contributions to journalism, sportsmanship, marksmanship, and practical conservation practices.

Jack was always an inquisitive and observant man with a high IQ and abundant energy. He had many and varied interests, including history, archaeology, anthropology and natural history. He cultivated friends who were well educated and knowledgeable in many walks of life. A man of strong opinions but a logical thinker with an unparalleled gift for writing, he was a convincing proponent for whatever cause he espoused. Wildlife conservation he championed his entire life.

Jack was very active with the Arizona Game Protective Association, which eventually evolved into the Arizona Wildlife Federation of today. He proposed an open season for Arizona’s antelope as a way of creating interest among both hunters and the Arizona Game Department while at the same time aiding the over population. His campaign, publicly first aired in Outdoor Life in the 1930’s, continued until the first experimental season took place in 1941. Jack and his wife both participated in that first hunt and lived to see Arizona become the leading state for world record heads.

Sheep hunting has become the world’s most prestigious hunting sport. It owes much of its notoriety to O’Connor, whose name is inexorably and forever linked with the activity. O’Connor collected his first ram, a Desert Bighorn, in Sonora, Mexico, in 1935. By 1946, he had collected three or more of each of the four wild sheep species in North America , becoming the fourth and fifth man to complete such a collection. However, Jack hunted sheep because he loved the country they inhabited, and the sport, and could care less about any associated notoriety.

From the 1930’s onward, he championed the wild sheep, especially the Desert Bighorns of the Southwest. He used his bully pulpit as popular writer, professor, Arizona Wildlife & Sportsman editor, and radio host to promote modern game management techniques for Desert sheep and a limited open season. Arizona held its first Desert sheep season in the early 1950’s and eventually adopted nearly all the recommendations made by Jack.

The .270 Winchester became one of the most popular big game cartridges due to Jack’s promotion of it as an effective caliber for the average hunter; sheep hunting and sheep conservation became more visible to the average sportsman resulting in an awareness of habitat requirements that led to the establishment of the Foundation for North American Wild Sheep, the first of several species-specific similar conservation organizations; and sportsmen were much more aware of the importance of ethical hunting standards and professional game management to the continuance of their sport. 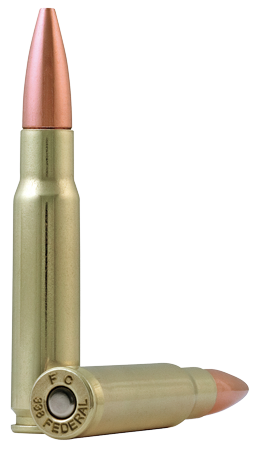 Arizona ’s post-World War II population explosion so changed the state Jack loved that he decided to leave in 1948. He chose Idaho to move to, debating between Boise and Lewiston . His friend Vernon Speer of Speer Bullet Company, persuaded him to choose Lewiston and helped him locate the house at the corner of 7th and Prospect Avenues overlooking the Snake River , that was O’Connor’s home for the rest of his life. 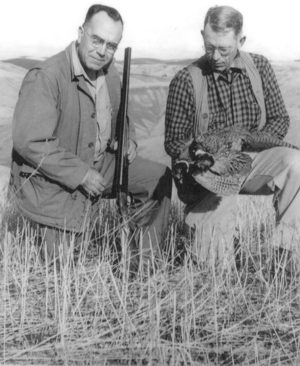 Jack enjoyed Lewiston’s small town way of life, the close proximity of good big-game hunting and upland bird shooting and the availability of a commercial airport for long distance trips. He served as secretary of the Lewis-Clark Wildlife Club and fought against the construction of new dams in the Clearwater drainage which would destroy elk winter range and adversely affect steelhead and salmon.

During most of Jack’s writing career, Outdoor Life was the most popular magazine for sportsmen, in large part due to Jack’s efforts. An effective educator and communicator, he could explain technical ideas by using humor and personal anecdotes in a way that the average man could both understand and find entertaining. Too, his vast hunting experience, which included safaris to twelve African countries, two Indian shikars, several Iranian hunts with the royal family, and numerous trips to Europe and Scotland, lent much credence to his observations.

When Jack retired from Outdoor Life in 1972, he was immediately hired as executive editor for the new Petersen's Hunting magazine where he served until his death.

During his life, Jack authored 16 hard-covered books, many of which were revised and updated later, and numerous soft cover publications.

Most were on the subject of hunting, big game animals, or guns and shooting, but two were autobiographical and two were novels.

Jack received several major honors during his life. He was the second person to win the Weatherby Award, the “Oscar” of the hunting world, in 1957. In 1972 he was selected by the nation’s outdoor writers to receive Winchester ’s Outdoorsman of the Year Award. In 1974 he was inducted into the Hunting Hall of Fame. 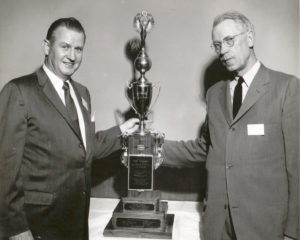 By the end of his life Jack’s influence, both directly and indirectly, on American sportsmen was considerable. Firearm manufacturers were producing lighter, handier and better stocked rifles than ever before, largely due to the influence of Jack’s prolific writing about design features of his custom rifles. Thousands of hunters had been educated to the fact that shot placement was much more important to making a quick, humane kill on game than the caliber of the rifle. 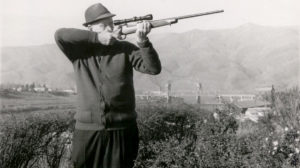 The .270 Winchester became one of the most popular big game cartridges due to Jack’s promotion of it as an effective caliber for the average hunter; sheep hunting and sheep conservation became more visible to the average sportsman resulting in an awareness of habitat requirements that led to the establishment of the Foundation for North American Wild Sheep, the first of several species-specific similar conservation organizations; and sportsmen were much more aware of the importance of ethical hunting standards and professional game management to the continuance of their sport.

On January 20, 1978 , Jack O’Connor died of heart failure while aboard the SS Mariposa en route to San Francisco from Hawaii . Eleanor survived him by six months and died at their Lewiston home on July 25 from emphysema. 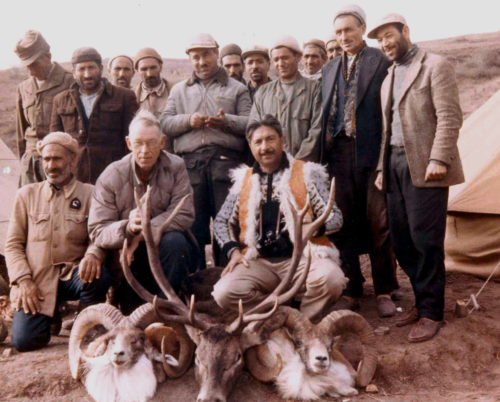 Jack O'Connor on a hunting trip to India and Iran 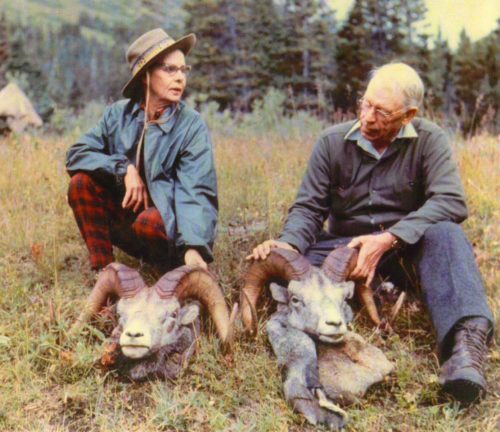 Jack O'Connor and his wife Eleanor

The Jack O’Connor name and all images on this web site are trademarked and owned by the Jack O'Connor Hunting Heritage and Education Center®, Lewiston, Idaho. All rights reserved. Materials contained on this Web site may not be used or reproduced without written permission from the Jack O'Connor Center for Hunting Heritage and Education unless otherwise noted.